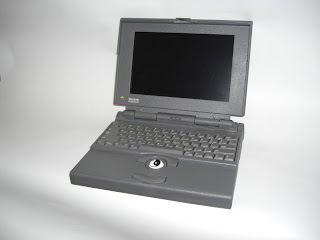 Even though it was just a couple of years ago that I riffed on Steve Jobs being named CEO of the decade, I'd taken for granted how much of an impact he has had on our lives. Set aside the iPod etc things, and look a little deeper as David Pogue shared in a piece that he wrote in 1998. Without point and click, for example, there would be no Web. Let's ponder that for a moment.

This is my first laptop, a Powerbook 140. I still have it, along with the custom trackball I added. I guess that speaks to my connection to Apple. Come to think of it, driving past Apple buildings regularly makes it hard not to have it pretty embedded.

But the point is that it was during the period that Jobs was not at Apple. But it was still an Apple experience. Opening the small box it came in was complete with the Apple aesthetic. I turned it on and just started working. This was a time not too much past having to load operating systems on your new home computer. This is the way things should be. It is what we expect now. 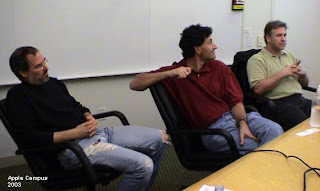 So, it is possible for Apple to continue to be Apple without him. Likely not the same Apple, but a lasting one. That things later fell off the rails there was a good thing. It was an object lesson for Jobs at the time, and for those there now. Attention needed to prepare for this time.